During a Sunday 22Jan2023 ceremony at the American American Legion Post in Paw Paw, Glen Higgs received a surprise gift of a motorized wheelchair.
Glen's family was hidden from sight until the award was made and are shown with Glen.
The Paw Paw Post brought all of the pieces together to acquire the chair and did a great job with the presentation to Glen. Bruce Thatcher nominated Glen early in the process and fortunately was recently named as the winner.
We are all very happy for Glen and wish him best of luck during future fishing and hunting trips using his new vehicle.

The recent 9/11/2022 Post 49 Salute to Veterans was attended by some very special guests.

A small but enthusiastic Celebration of the American Legion 103rd Anniversary 15March2022. 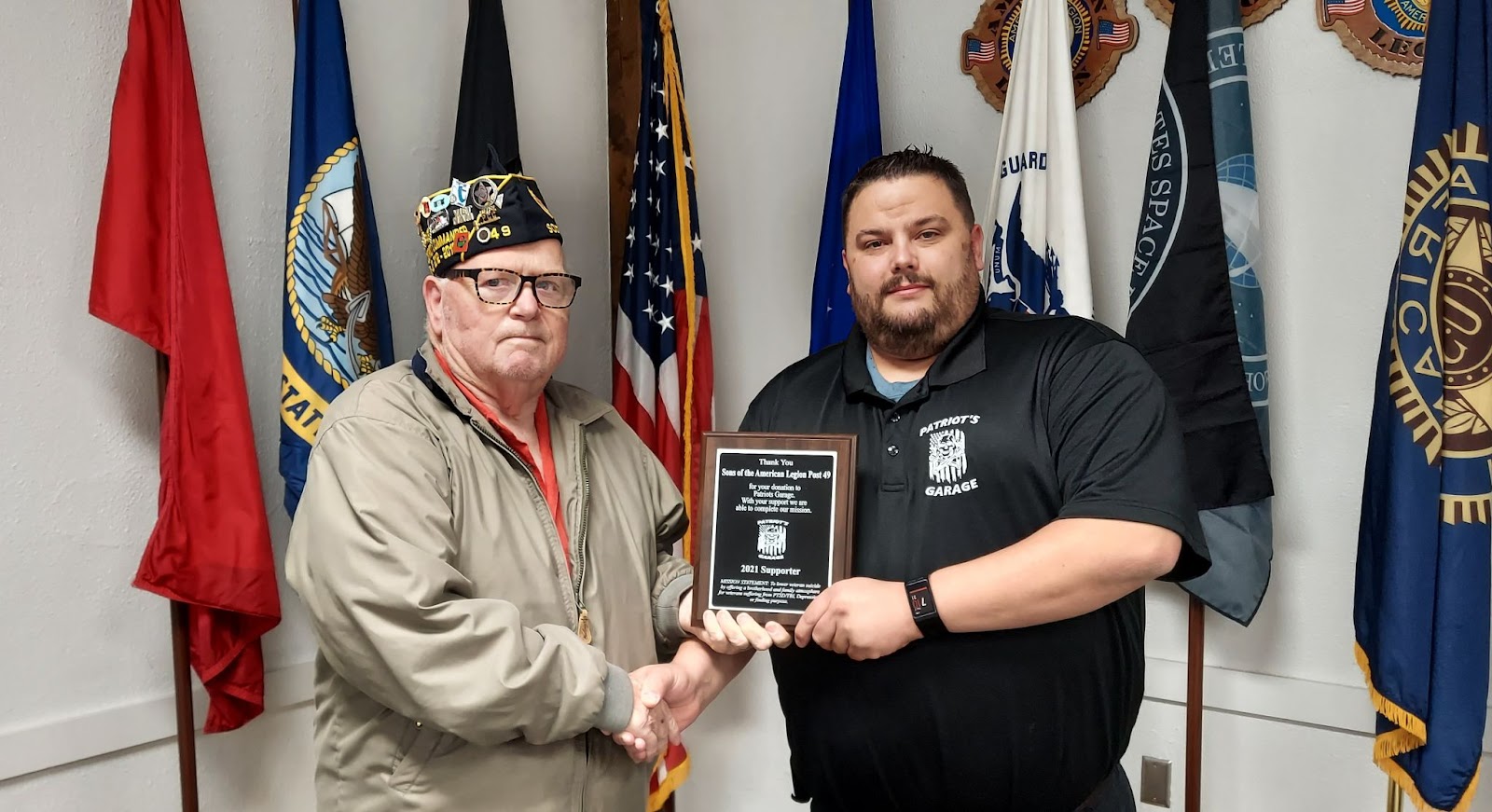 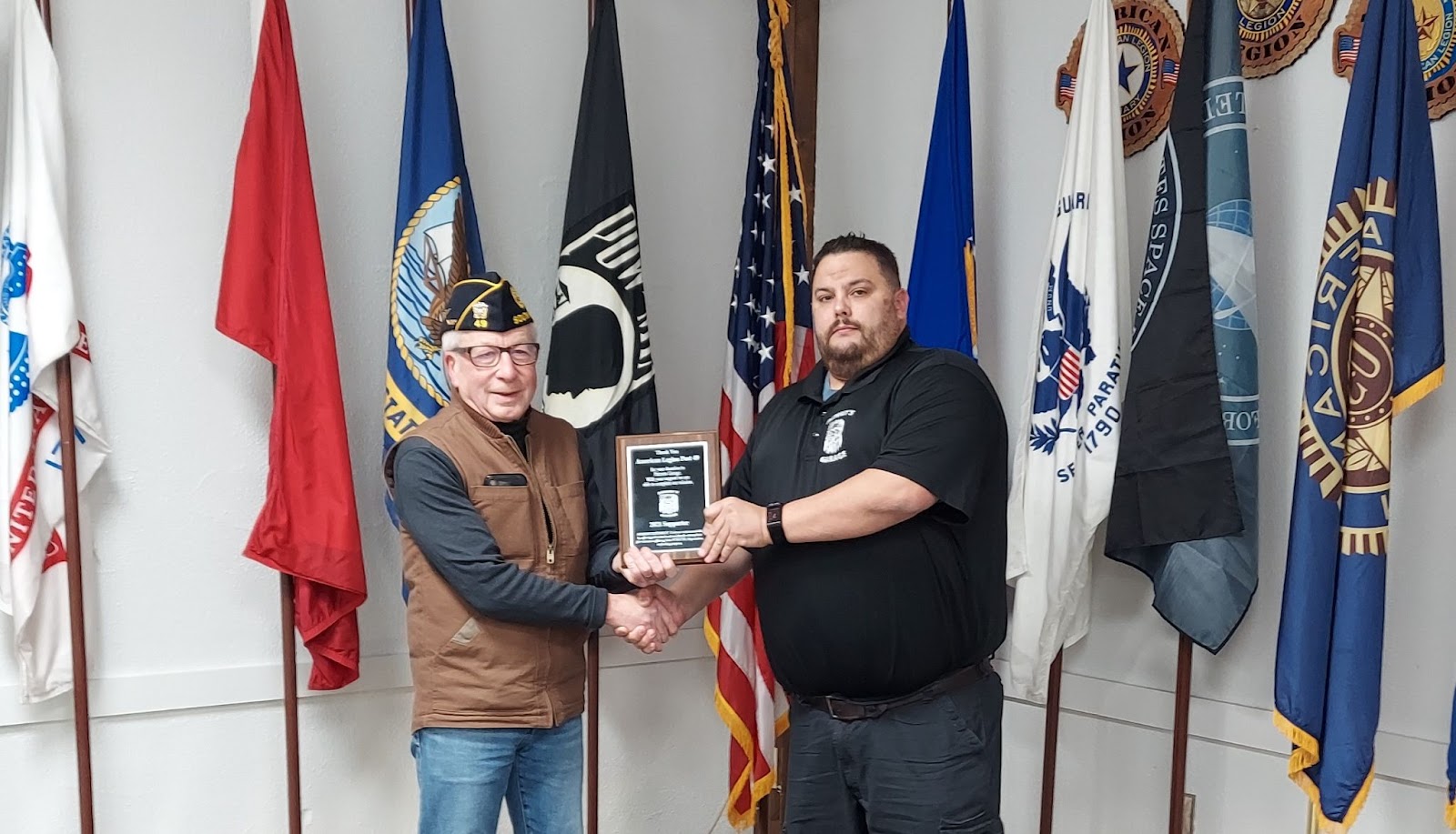 The Patriots Garage non-profit organization presented certificate of appreciation awards to AL Post 49 SAL and AL organizations for their support. Richard and Doug also gave a brief overview of spending, results and near-term future plans. They reported having 69 Army, 23 USMC and 8 Navy members from Van Buren, St. Joseph and Cass Counties with several requests to start satellite chapters in other locations. 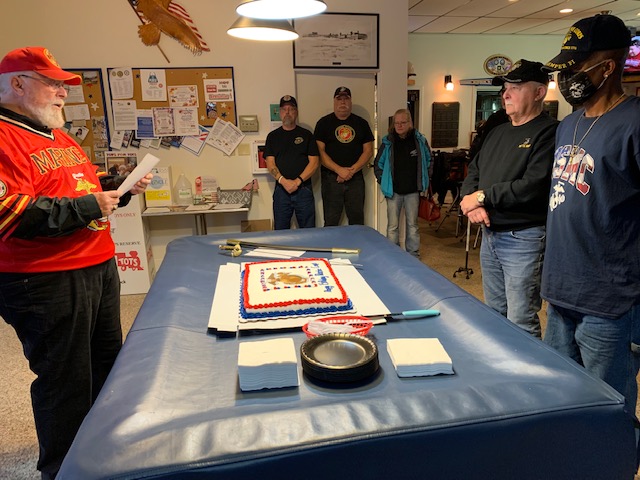 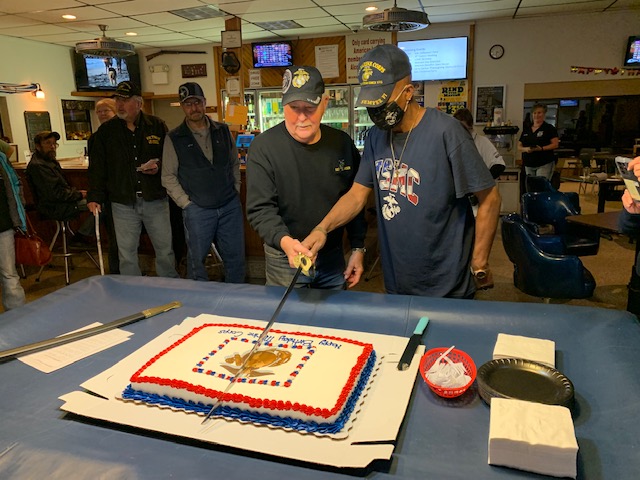 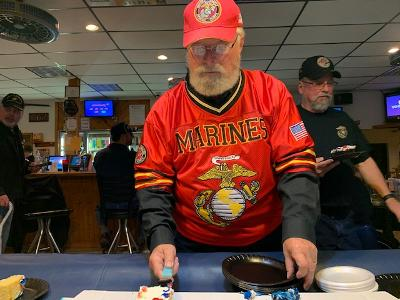 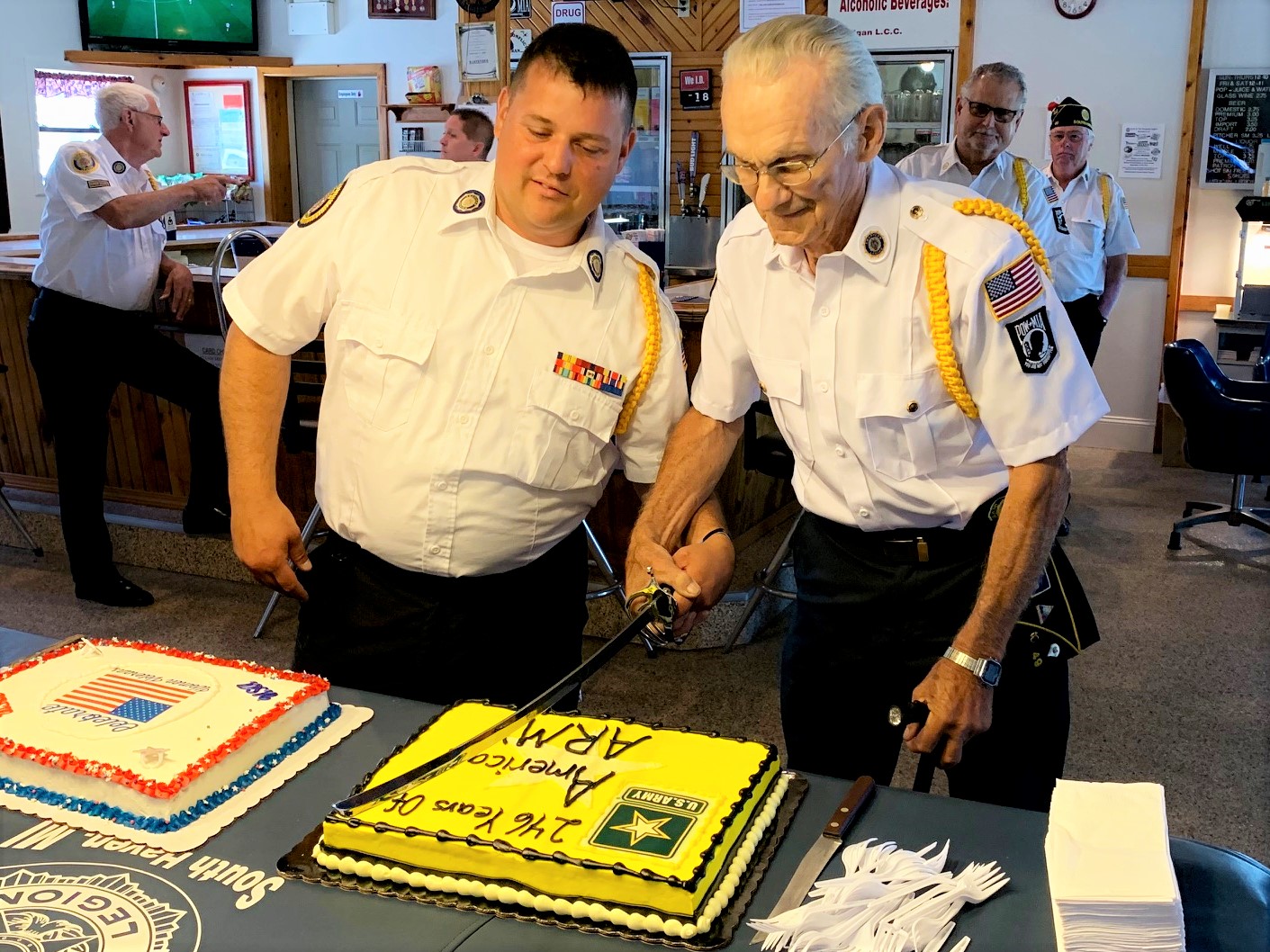 Commander Turner is supervising the cake cutting to celebrate the Army’s 246th Birthday,

at a safe distance from the saber. 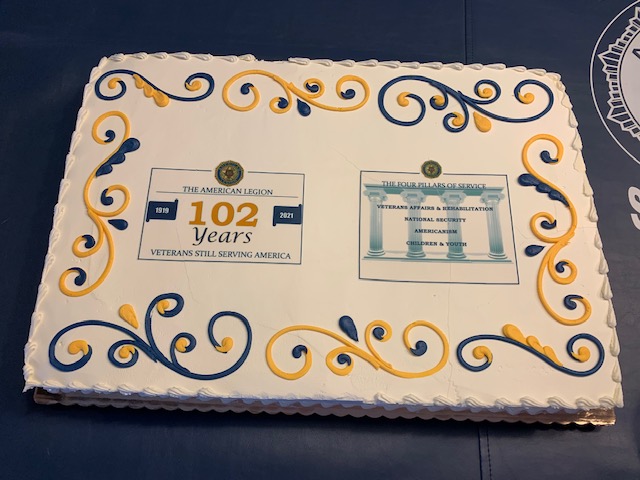 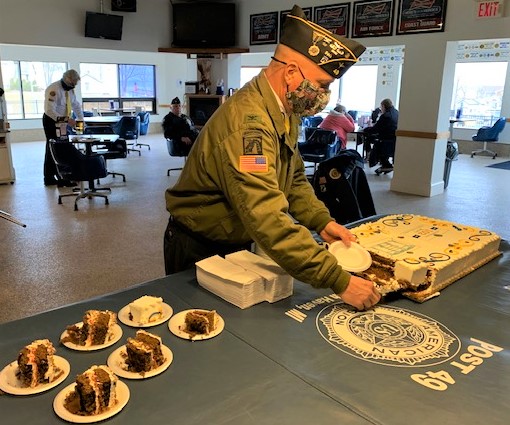 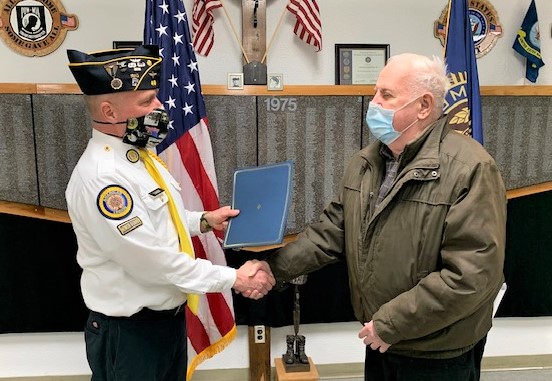 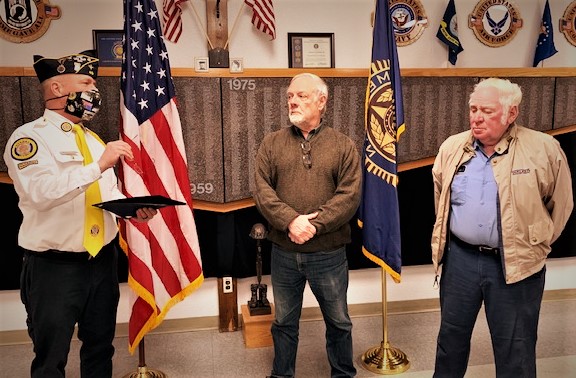 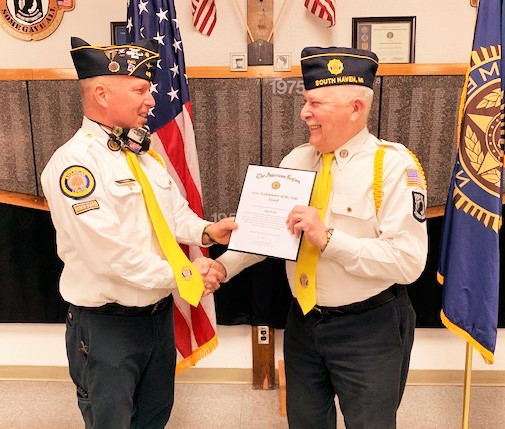 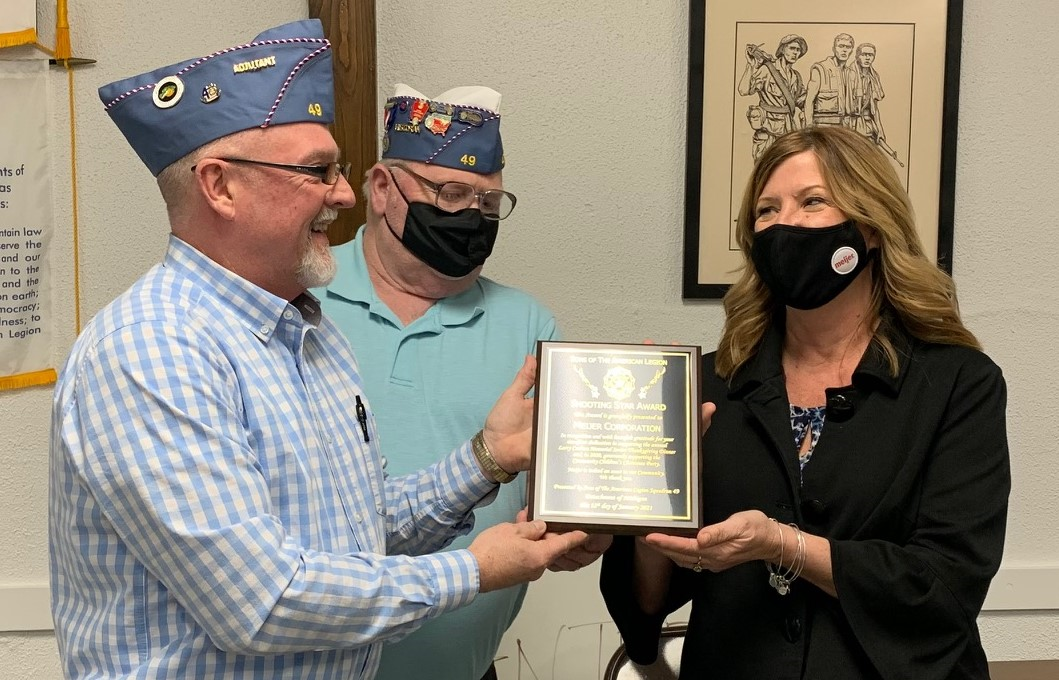 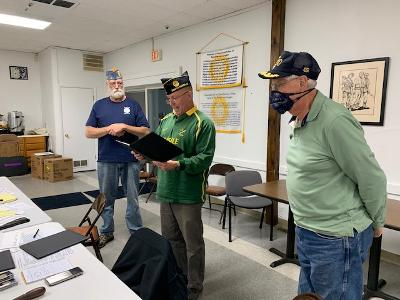 American Legion Meritorious Service Medals were presented to Chuck Aubrey and Steve Hamilton in
recognition of their ongoing high level of support to the AL Post 49 Family. Congratulations to both ! 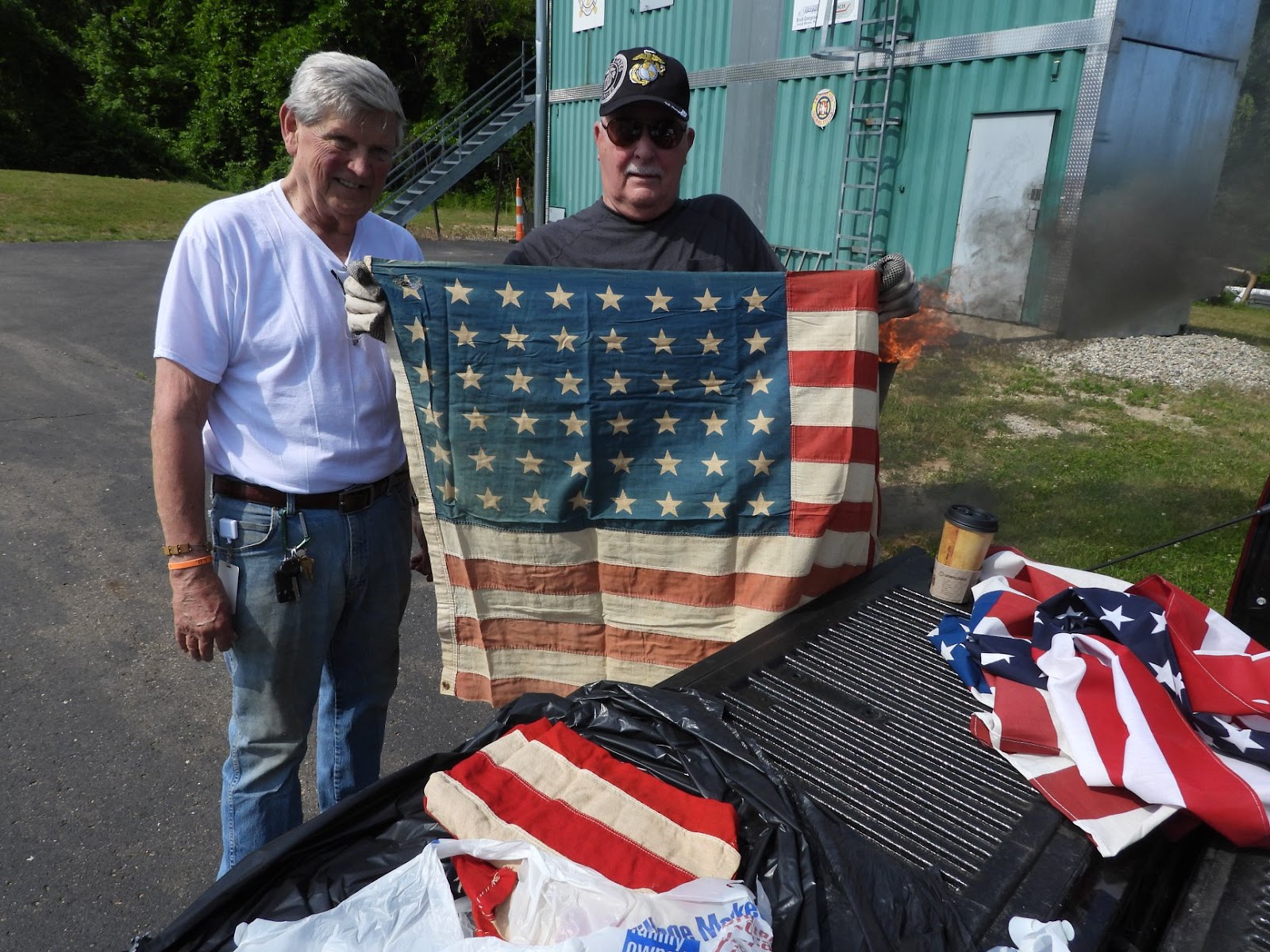 A 48 Star Flag was recently donated by prior AL Post 49 Cmdr. Stan Wakild to Adj. Tom Breen.  Your donations have allowed this flag, used 1912-1959, to be conserved and mounted in the club dining room to teach our Flag’s history.